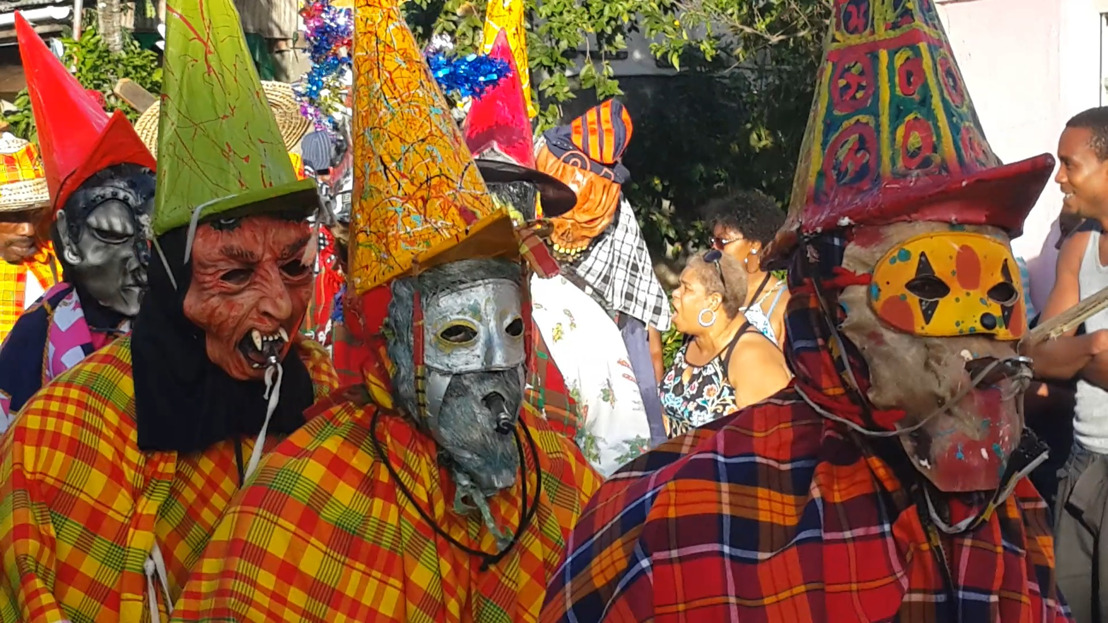 The film by Dominica filmmaker Alwin Bully made its world Premiere at the 13th annual Trinidad and Tobago Film Festival (TTFF) in September 2018.

The Short Film entitled “Oseyi and the Masqueraders” received the Official Selection stamp of approval and was a contender for the Festival’s Peoples’ Choice Award.

It was one of the hundred and five films of varying lengths, from 26 countries, that were screened at various venues in Trinidad and Tobago.

Work on “OSEYI” started three years ago when the script was selected for production by the New York based Caribbean Film Academy (CaFA) which attracted funding from TIMEWARNER of the US.  The rest of the finances were raised by CaFA and locally by Kaz Kweyol Productions.

The film is a coming-of-age story set against the backdrop of the Colihaut Bann Mové carnival tradition.

It was filmed entirely in the village of Colihaut with a cast of local actors led by 11-year old Pacquette Langlais, in the title role.  Internationally acclaimed Jamaican actress Leonie Forbes makes a special guest appearance.

“They celebrate our history and culture in new and exciting ways.”

"Through film and television, audiences the world over learn of each other’s landscapes, culture and lifestyles, thus fueling the ever-expanding tourism industry" said Dr. Bully

He hopes that the film will act as an incentive to other Dominican filmmakers to begin making narrative and fiction films as well as documentaries that can be screened in the many film festivals that exist worldwide.

Shot on location in Colihaut “Oseyi and the Masqueraders” will have its first screening in Colihaut on Friday January 18th at 6pm on the Colihaut Primary School Grounds, with the Roseau Premiere at the Alliance Francaise de la Dominique on Sunday January 20, 2019 at 6pm and 8pm.