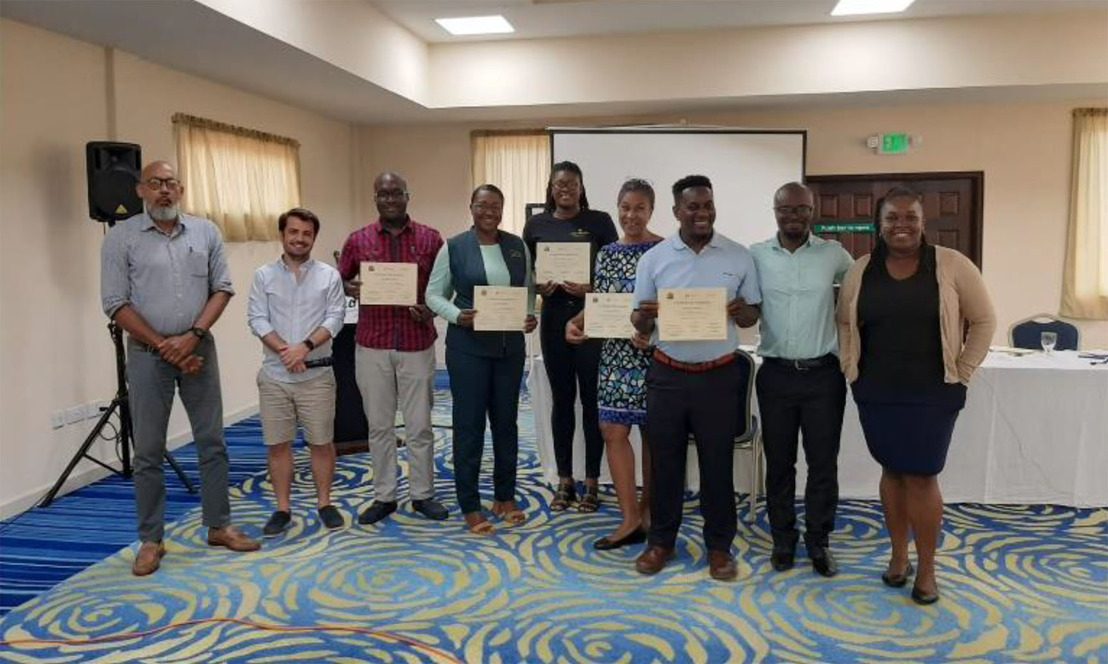 A  step in this direction was made in the Eastern Caribbean Region with the successful Pricing Training held from April 20–22 in Grenada and from April 25–27 in Saint Lucia, respectively. The trainings were organized by the “Global Carbon Market” Project (GCM), founded by the German Federal Ministry of Economic Affairs and Climate Action (BMWK) and implemented by the Deutsche Gesellschaft für Internationale Zusammenarbeit (GIZ), in collaboration with the governments of Grenada and Saint Lucia. The content of the trainings was presented with the support of experts from the carbon pricing consultancy MexiCO2.

The content sessions were complemented with activities and discussions as well as inputs from international experts. Among these were experts from the Eastern Africa and West Africa Alliances on Carbon Markets and Climate Finance, the initiative for Collaborative Instruments for Ambitious Climate Action (CiACA), the UNFCCC Regional Collaboration Centre in Panama, the International Carbon Action Partnership (ICAP), Ecosystem Marketplace and the Ministry of Energy of Chile. In Grenada, the training was delivered in a hybrid format - with both virtual and in-person sessions. In Saint Lucia, the training was delivered exclusively in virtual format.

After the three training days, participants received  certificates, several new contacts were established, and ideas for collaboration were exchanged among the participants as well as between the organizers and the participants. The trainings were considered by all involved to be a huge success and a useful step on the road to exploring which options of carbon pricing are the best fit for the respective countries and, ultimately, the best way forward for the implementation of Article 6 in the region.

The Global Carbon Market (GCM) project supports partner countries in using flexible carbon pricing mechanisms and other market-based instruments for climate change mitigation at national and regional levels. The project is implemented by the Deutsche Gesellschaft für Internationale Zusammenarbeit (GIZ) GmbH on behalf of the BMWK. The project also focuses on new cooperation mechanisms that may arise under Article 6 of the Paris Agreement and the voluntary carbon market.