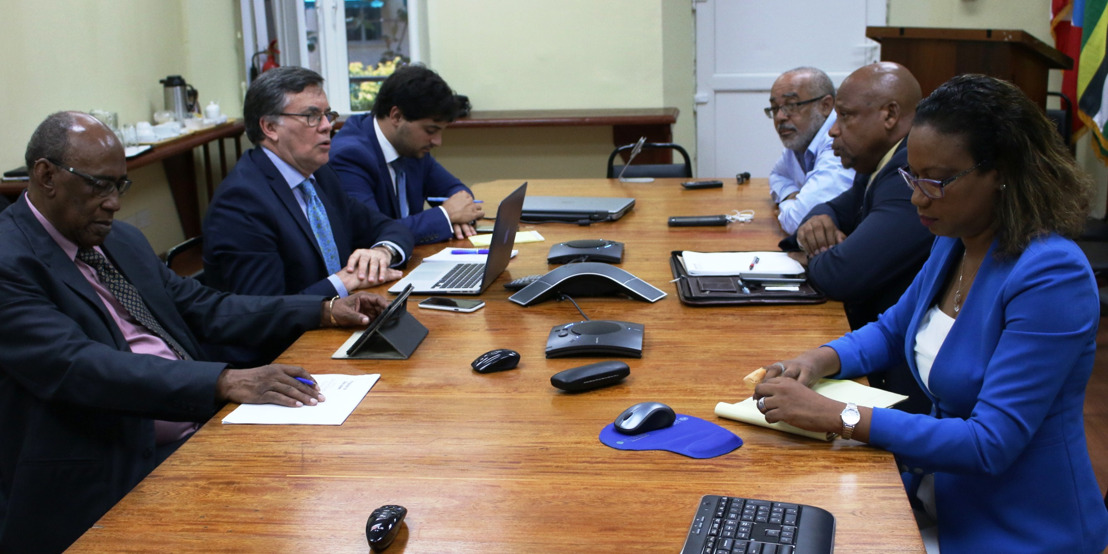 The meeting, held via zoom web-conference, also gave an audience to Agriculture Ministers and Permanent Secretaries throughout the sub region who welcomed the opportunity to engage the candidate on matters of concern at national and regional levels.

Dr. Otero expressed optimism for the development of agriculture in the region and shared his vision to reposition IICA as an institution that is much closer to its member countries.

Key issues for IICA’s Agenda in the Caribbean, as presented by Mr. Otero, were:

Minister Joseph of Saint Lucia said that the meeting was timely as it provided OECS Ministers an opportunity to listen to the candidate’s policies and plans for the region and, in turn, to ask questions and gain commitments for continued support of agricultural development in the sub region.

“One would appreciate that the playing field is not levelled. IICA is in Latin America and the Caribbean, and as small island states our agriculture is even more challenged than that of Latin America.”

“I was very impressed with the presentation that we received and it is for us now to decide, when the time comes, which of the two candidates would be the one we believe would be in the better position to continue to develop that institution,” Minister Joseph said.

Elections for the new IICA Director General will be held in San Jose, Costa Rica, this October. The successful candidate will succeed Mexican Agronomist, Victor Villalobos, who concludes his second term as the head of IICA in January.