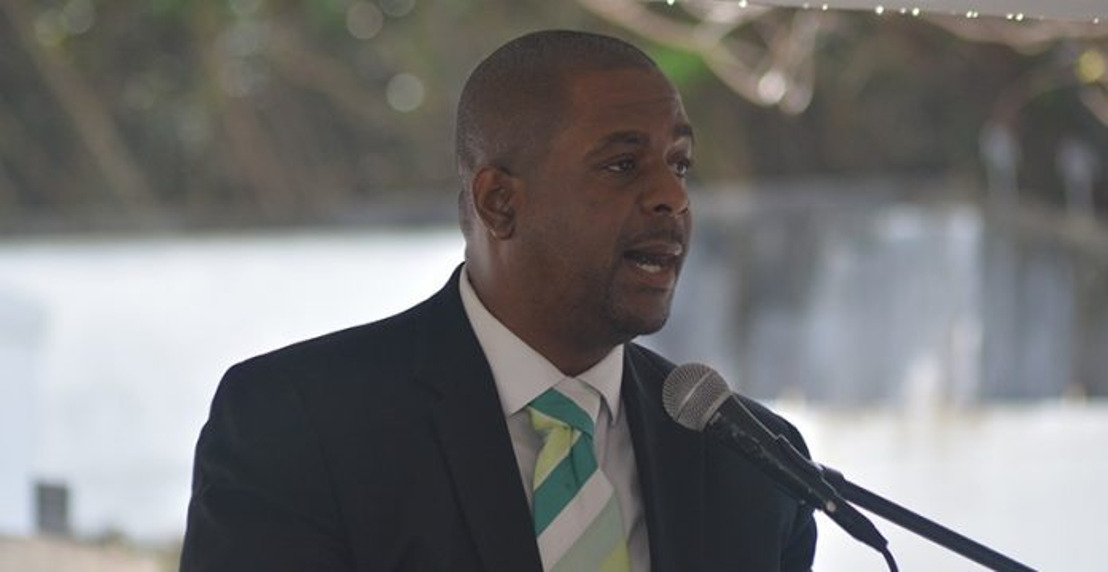 Hon. Fahie said the “political and economic convulsions taking place abroad” puts the BVI in a serious predicament, and the population must put things in place so that they can stand on their own feet.

“We cannot depend on anyone to have our backs or to prioritise our needs when that situation explodes. We have no choice but to become more self-reliant. If we do not start moving ourselves forward now, we will surely die,” Fahie said.

According to the Premier, the BVI’s economic and political fortunes and the “values that shape and govern our society” are at the mercy of “a wobbling political system in a cold place thousands of miles away, where some individuals who have not taken the time to understand the difference between our way of life and theirs’, nor shown us the basic courtesy of asking us about our aspirations, wish to dictate to us how we must live.”

In this regard, Fahie said, it is imperative that the people of the Territory unite and forge a common vision of their own, respectful of, but notwithstanding, our present Constitutional relationship.

The Premier further stated that he envisioned a BVI that is “highly productive, safe, and rich in opportunities; where all of our citizens can have meaningful, well-paying jobs in the fields of their choosing."

"I can see a technology-driven BVI with proper infrastructure and high quality, reliable services. I see a BVI in which our people are happy and prosperous,” he added.

Noting that BVIslanders can achieve anything they set their minds to, the Premier said the people of the Territory must awaken and unleash their innovative capacity.

“We need to transform ourselves into a knowledge-based society so that we can develop new productive industries and extract greater value from our existing economic engines. We must become competitive in the global business world."

“We must dare to dream bigger. We must ignore the voices that keep telling us we must think small. We must stop majoring in the minor and step back and appreciate the broader picture and its potentials to launch us into new horizons,” Hon. Fahie said.

The Premier told the gathering that the time has come to identify and develop new industries and new investment opportunities so that the Territory’s economy can be diversified, and to increase the revenues from existing industries.

He noted that on several occasions after the abolition of slavery in 1834 the BVI’s economy was abandoned by non-BVIslanders who could not see easy profit. The most recent occasion, he said, was in the 1960’s with the dissolution of the Leeward Islands Federation. Those persons, he said, felt the BVI could amount to nothing more than a bird sanctuary, and thus they packed up and left.

Hon. Fahie added that the freed slaves and their descendants were given the hills to live and work because the terrain was difficult and there was no access to a wharf and flat lands. However, he added, the resolute independent spirit of the Virgin Islander was such that our ancestors used the timber from the hills to start the boating industry which allowed them to fish and to trade with our neighbours. From that, other economic opportunities such as sailing, tourism and financial services were created.

Premier Fahie said the words of late legislator Hon. Delores Christopher, who was one of the honourees in this year’s Territory Day celebrations, must not be forgotten: “It was the people of the Virgin Islands who banded together, shoulder to shoulder, and built this Territory with their sweat and tears, therefore if needs be, we can build it again.”

“I believe that we have a lot of untapped talent in the BVI. I believe that the day can soon come when the highest offices in the Territory can be held and competently managed by our very own people, and not by persons who are unfamiliar with our history, aspirations, culture and religious belief,” Hon. Fahie said.

The Premier further affirmed that he has full confidence in the people of the Territory to transform the economy of the BVI and he is committed to making this happen.