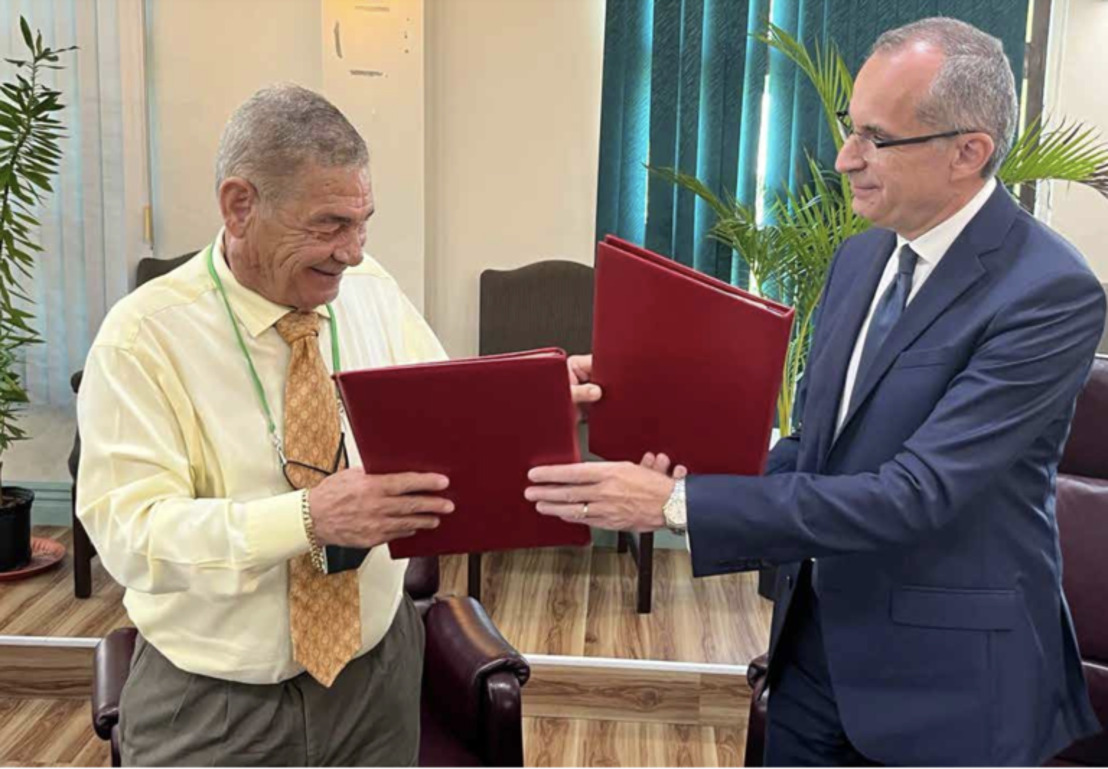 Speaking at the signing ceremony on Monday 28th March 2022, Antigua and Barbuda’s Minister with responsibility for civil aviation, the Honorable Sir Robin Yearwood, pointed out that the agreement with France replaced arrangements dating back to the 1940s which Antigua and Barbuda acceded to at its independence in 1981. He noted that the new agreement reflected the many trends and developments in civil aviation which had taken place since then including in areas of safety and security as well as in the liberalization of the air transport sector.

Sir Robin pointed out that discussions on enhanced cooperation had already started between aviation officials of both countries and noted the importance of restoring intra-Caribbean air travel in the wake of the major disruptions to regional travel as a result of the COVID19 pandemic.

Signing on behalf of the French Republic was Monsieur Marc Mertillo, charge de affaires a.i. and Acting Head of Mission in the Embassy of France to the OECS and Barbados. He welcomed the new agreement which he noted defined a new modern legal regime in line with international air law as well as European law relating to such areas as safety, security and commercial competition. He indicated France’s continuing commitment to the sustainable growth and development of the regional air transport sector.

Under the new agreement Antigua and Barbuda has designated LIAT 1974 Ltd and CalvinAir Helicopters as its national carriers while the French authorities have designated Air France, Air Antilles, St Barth Commuter and St Barth Executive as its designated national airlines on the routes. The agreement provides both countries with opportunities for direct traffic between Antigua and Barbuda and French territories as well as for significant so-called fifth freedom traffic rights with a number of English, French, Dutch, and Spanish speaking Caribbean destinations.

The agreement with France comes a few days after Antigua and Barbuda also signed its first bilateral air services agreement with the Republic of Cuba, further strengthening the country’s position as a major hub for regional travel within the eastern Caribbean.