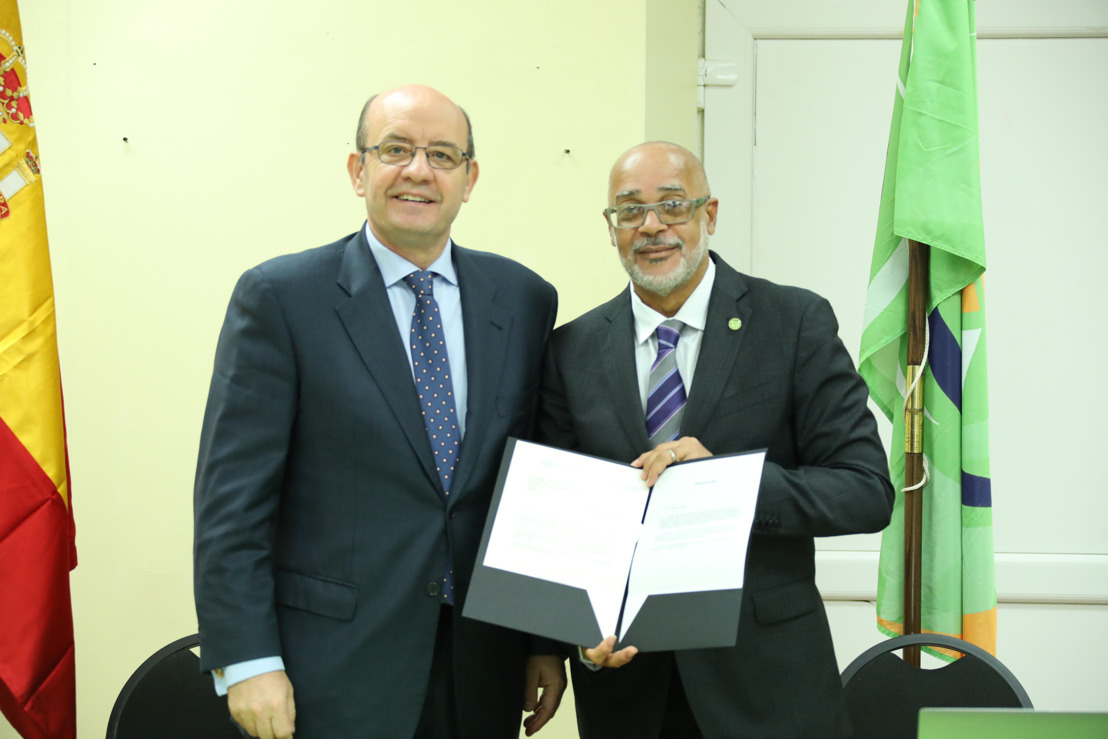 Ambassador Álvarez expressed pleasure and honor in being able to present his Letter as Ambassador Extraordinary and Plenipotentiary of the Kingdom of Spain to the OECS. In presenting his Letter to the Director General, the Ambassador Stated that the Accreditation Ceremony was not only a formality prescribed by tradition or convention but was also a renewal of the will and determination of Spain and the OECS to strengthen their cooperation for the future. Ambassador Álvarez informed that Spain intends to act as a natural bridge for dialogue and understanding between the Caribbean region, Latin America and the European Union and wishes to foster, through Caricom and other sister Organisations, notably the OECS and the ACS, initiatives that favor regional integration.

In accepting the Letter of Credence, the Director General congratulated the Ambassador on his appointment and wished him a successful tour of duty.  He remarked on the strong bonds of friendship and constructive relationship between the OECS and Spain and the many shared values, including the primacy of democracy and the rule of law, and the commitment towards economic growth and social progress.   The Director General referred to Spain’s recent support to the region during the Covid-19 pandemic and commended the country’s leadership for the assistance provided during that very difficult period which affected the entire world.

The Director General acknowledged the contribution Spain has made and continues to make towards the development of the OECS region, and in this regard stated that

“The Member States of the Organisation have benefited from invaluable development assistance and cooperation with Spain in various fields including human resource development, tourism, linguistic training, agriculture, and health.  The OECS places great value on its friendship with Spain and is very appreciative of the country’s expressions of solidarity and goodwill over the years.”

The Director General welcomed the Ambassador to the OECS, and underscored the Organisation’s commitment to enhanced cooperation with Spain in areas of mutual interest for the well-being of the peoples of Spain and the OECS region.

During a courtesy meeting which immediately followed the Ceremony, the Director General and the Ambassador exchanged views on a broad range of development cooperation initiatives.  Both sides agreed to commence in-depth discussions in the immediate future, in order to pursue the common objective of deepening relations.

Formal diplomatic relations between the OECS and the Kingdom of Spain were established in 2009.