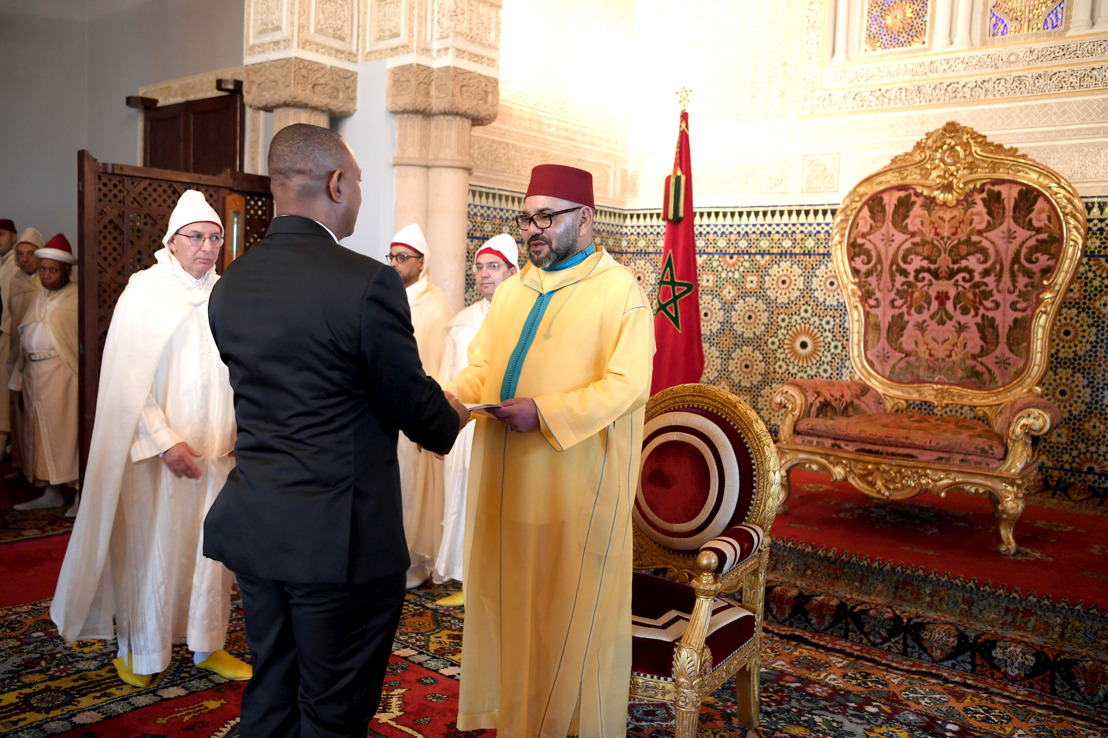 “My life has been one of service and it is a great honour and privilege for me to serve the Organisation of Eastern Caribbean States and its founding Member States of Antigua and Barbuda, the Commonwealth of Dominica, Grenada, the Federation of Saint Kitts and Nevis, Saint Lucia, and Saint Vincent and the Grenadines in this capacity, as we work alongside the Kingdom of Morocco in the pursuit of mutually-beneficial Economic and Cultural development and Foreign Policy objectives in the spirit of South-South cooperation,” said Ambassador Queeley during the day’s auspicious ceremony.

The Embassies of Eastern Caribbean States commenced operations officially in September 2019 and has since supervised the successful implementation of several development programmes, in addition to the continued provision of consular services to OECS nationals in Morocco. Wednesday’s event marked a significant, positive escalation in the strengthening of the Eastern Caribbean-Moroccan Alliance.

ABOUT HIS EXCELLENCY MR. IAN M. QUEELEY, AMBASSADOR OF THE EMBASSIES OF EASTERN CARIBBEAN STATES TO THE KINGDOM OF MOROCCO

Ambassador Queeley boasts an extensive 35-year career in law enforcement and has held several leadership positions at various local and regional law enforcement institutions in the Eastern Caribbean. A subject matter expert on narcotics trafficking and financial crimes, His Excellency holds a Master’s in Business Administration and is a graduate of the prestigious FBI National Academy in Quantico, Virginia, USA and the College of Policing in Bramshill, England. Prior to the commencement of duties at the Embassy, Ambassador Queeley served as the Commissioner of Police in the Federation of Saint Kitts and Nevis, President of the Association of Caribbean Commissioners of Police (ACCP) and World Regional Chair of the International Association of Chiefs of Police (IACP) for the Caribbean and Latin America. He was also a Member of the IACP’s Global Policing Task Force.

The Embassies of Eastern Caribbean States to the Kingdom of Morocco (ECS Embassies) is a joint diplomatic mission comprised of embassies of individual members of the Organisation of Eastern Caribbean States. The Embassies operate via the modality of joint representation involving joint premises and staff, including a common/joint/shared Ambassador & Head of Mission. The primary objectives of the Joint Embassies are to promote friendship and cooperation and to advance the community and individual interests of member states in the Kingdom of Morocco.

Learn more about the work of the Eastern Caribbean States Embassies: https://pressroom.oecs.org/category/morocco-mission