In a very broad sense the climate has changed for small island developing states, particularly for Caribbean SIDS.  Climate change now poses an existential threat to the lives and livelihood of Caribbean people and the scale and intensity of its destruction – whether slow or rapid onslaught event – threatens to permanently roll back decades of socio-economic progress.  Changes in the international political climate in the past three years have been equally tectonic with unprecedented shifts in cherished international values and principles, the rise of antipathy, xenophobia and authoritarian power, and a retreat from multilateralism.  These changes also threaten the voice and standing of small states on the international stage.  Relatedly there are the changes in the economic climate marked by the volatility of international markets, growing global inequality and the unilateral imposition of discriminatory rules and protocols inimical to the resilience and economic survival of small states.

The pace at which these changes and challenges have come necessitates an examination of the responsive capacity of our public institutions if they are to provide the answers and shape the solutions that the situation requires.  It is clear that agility must be the defining characteristic of our institutions – public and private – if we are to not just survive but thrive.

As these threats have emerged, the Commission and the other organs of OECS integration have had to react with some agility to shape collective defensive postures (as was recently done in the struggle led by the BVI against discriminatory legislation on financial services in the UK Parliament).  Our ultimate value as a regional construct to Member States will lie in this agility which must be rooted in the spirit and the letter of the Revised Treaty of Basseterre.  This is what propelled our engagement in the face of the climatic Armageddon unleashed on the Member States of Anguilla, Antigua & Barbuda, the BVI and Dominica.

We have read with careful attentiveness the Golding Report on the wider CARICOM integration project with a view to learning the lessons of that experience.  We are clear that there is an inescapable symbiosis between the OECS and CARICOM that, while requiring that each initiative face its own weaknesses and contradictions, progress can only be achieved through recognition, acceptance and leveraging the comparative strengths of each to the benefit of both.

At this 65th meeting of the Authority – following an extensive process of staff and Commission brainstorming - we bring for approval a triennium plan that is built around five strategic priorities:

Since the last meeting of the Authority, we have seen the most inexorable expressions of the people’s will in Antigua & Barbuda, in Grenada and in Barbados.  We extend our congratulations to Prime Minister Browne and Prime Minister Mitchell on their conclusive mandates.  We look to you to convert this confidence into validating conclusion.  As we welcome, so too we congratulate Prime Minister Mia Amour Mottley on her epic and unprecedented victory.  We are certain that what Prime Minister Gonsalves has referred to as “the invisible genius of the people” will sustain and uphold not simply the Idea of Barbados but “a better Barbados”.  Barbados and the OECS have had a long history of shared familial relations and we look forward with hopeful anticipation to the deepening embrace of family in your discussions with the OECS Heads.

Today the baton of leadership of the OECS passes from Prime Minister Chastanet to Prime Minister Gonsalves.  Our outgoing Chairman PM Chastanet’s tenure was characterized by a vigorous and frenetic energy and an aggressive advocacy on the interconnection between climate diplomacy, economic resilience and our never ending battles against unilateral discriminatory regimes imposed by the developed economies.  As a new Prime Minister, his baptism of fire was the devastation of Irma and Maria and his crown of accomplishment was the responsiveness and the unparalleled solidarity among Member States.  Prime Minister Gonsalves who assumes the OECS Chair is the longest serving Prime Minister in the Authority and an original signatory to the Revised Treaty of Basseterre.  His assumption of the leadership at this time of exhaustion of the regional integration endeavour will bring historical perspective infused with political savvy and undergirded by academic rigor.

Esteemed Heads, distinguished Guests, as global uncertainty deepens, as the belts of protectionism tighten, so too will our vulnerabilities heighten and our struggles intensify. Like the proverbial straws, separately we surely shall be broken but together we are unquestionably more resilient.  Alone we can do so little; together we can do so much.  But as the darkest hour comes before the dawn, lets us hold hands tighter in the uncertain night with conviction and expectation. 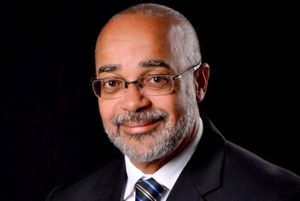